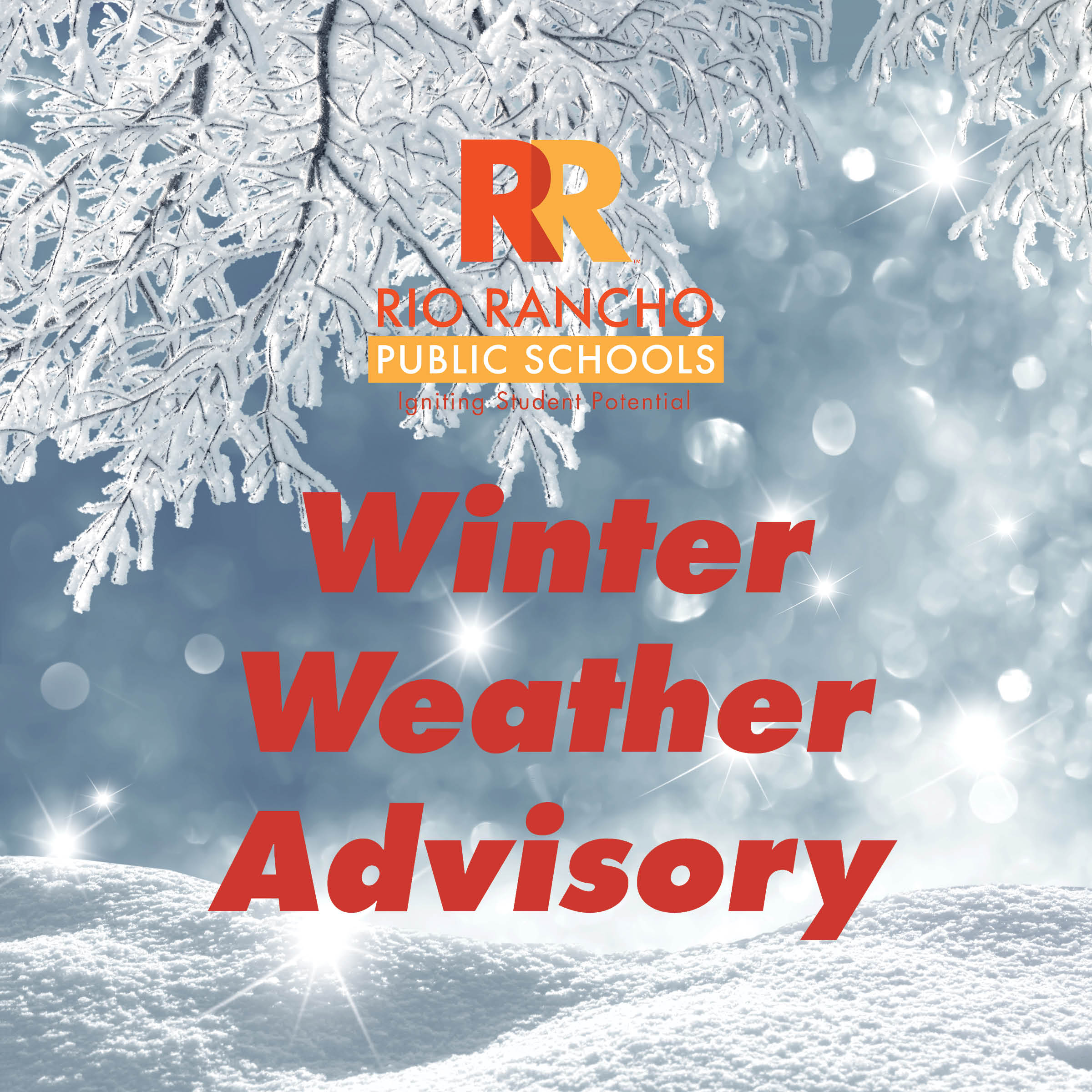 Looking for information not posted on this page? Contact the RRPS Transportation Department at (505) 338-0078 or email the staff at DOST@rrps.net

Rio Rancho doesn't often see feet of snow, but we sometimes do see enough snow or weather issues to cause a weather delay, early release or school closure. When that happens, the Transportation Department will ensure your child makes it home safely if they typically ride a school bus to and from school. Here is some more information on inclement weather as it relates to school bus transportation.