Cheers and just a few tears marked the midpoint of construction of Rio Rancho’s newest elementary school, with the ceremonial (and practical) raising of the gymnasium’s main beam.   This beam spans what will eventually be a moveable wall between the cafeteria and the gymnasium.

City, county, state, law enforcement, school district dignitaries, and construction workers joined slain Sandoval County Sheriff’s Deputy Joe Harris’ family and friends in signing the beam before it was lifted into place.  Several of the signers, many of whom knew Deputy Harris personally, wrote words of remembrance and thoughts for the new school.  Joe Harris’ grandchildren added their handprints to the beam, which was painted white and decorated with the US, New Mexico, and POW/MIA flags and – as per tradition – a small pine tree.

During the brief ceremony, RRPS Superintendent Sue Cleveland, RRPS Chief Operations Officer Mike Baker, and Joe Harris Jr. all spoke of Deputy Harris' contributions to the community. Dr. Cleveland talked of his commitment to children and schools, saying there was hardly a kid in the school district who didn’t know and love Joe and his faithful therapy dog Harley.  The school’s mascot, the Retrievers, reflects Deputy Harris’ and Harley’s work with RRPS children and the DARE drug prevention program.

Mr. Baker, a former Rio Rancho police chief and city manager, was there when Joe Harris began his law enforcement career in Rio Rancho.  They joined the department about two weeks apart, and Mr. Baker was for a time Harris’ superior.  “He gave me just a few gray hairs,” Mr. Baker quipped in sharing his memories, noting that Deputy Harris was RRPS’s first school resource officer.  Joe Harris Jr. added his good wishes and said his children look forward to attending school there.

Construction of the approximately 87,000 sq. ft. facility remains on schedule for an August 2020 opening.  Rio Rancho voters funded the project through the 2016 bond issue (thank you!).  Bradbury Stamm is the general contractor, and Wilson and Co. designed the facility based on the floor plan used for construction of all RRPS elementary schools since 2004. 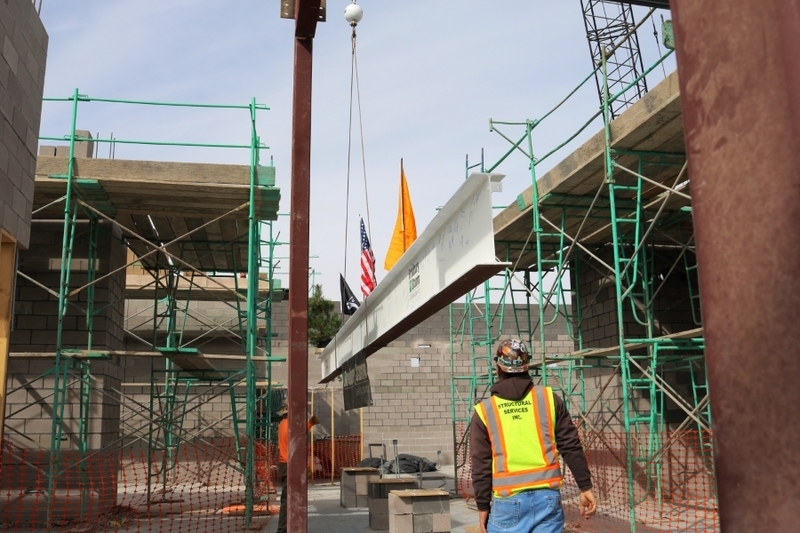 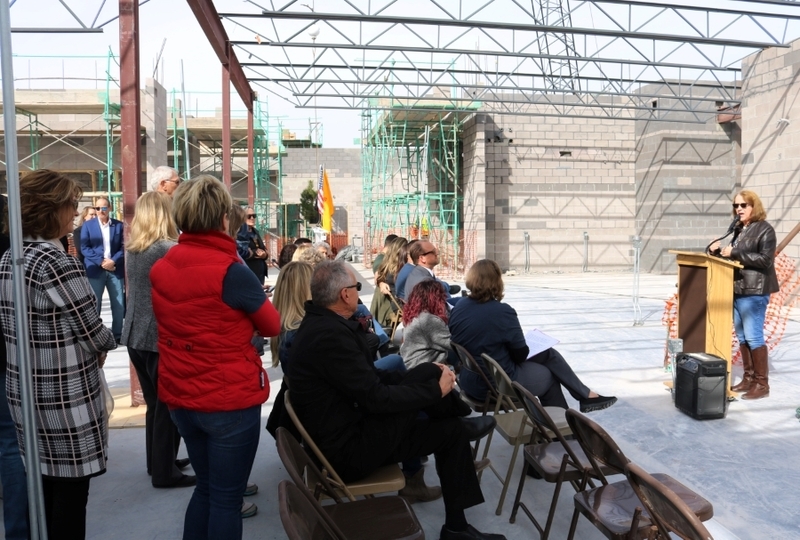 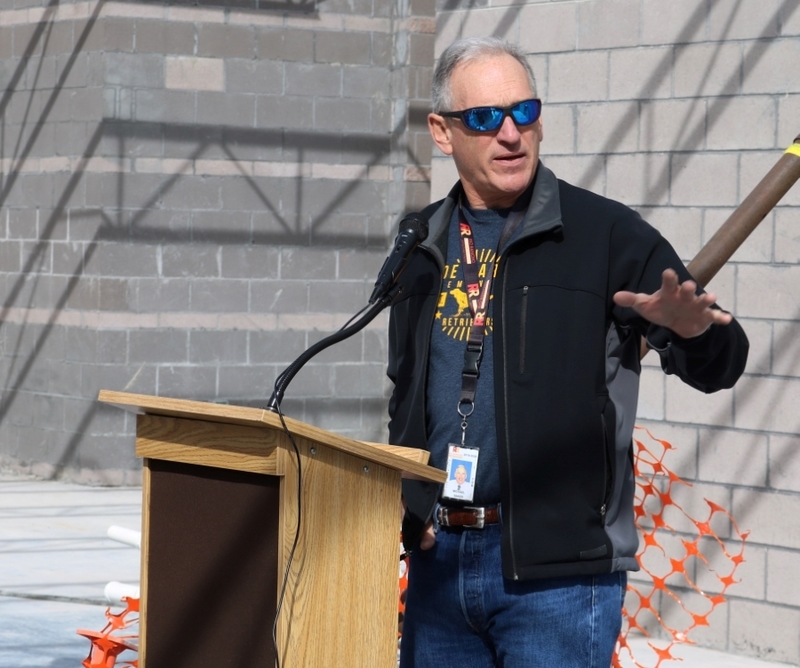 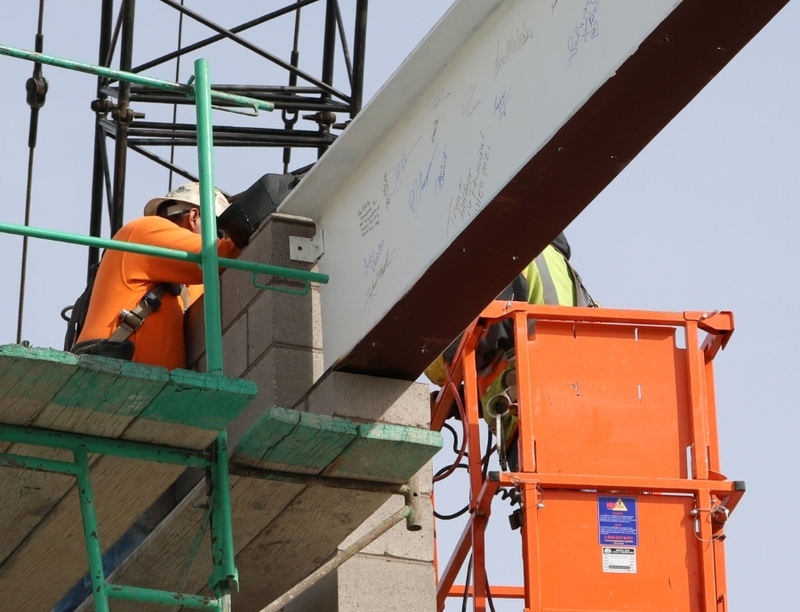