In a contest featuring the most schools and the toughest field of competitors ever to compete in the Rio Rancho Spelling Bee, no one was able to outspell 8th grader Graciela Rodriguez (shown at center in the photo).

The Mountain View Middle School student was one of four spellers remaining after the bee’s first eight rounds. In the ninth round all four students missed their words, giving all four the chance to return for Round 10.

This year’s Rio Rancho Spelling Bee – the 26th – was also the largest, longest, and arguably toughest ever. Thirty-five students qualified to compete, and of those 35, 23 earned perfect scores in the first three rounds and advanced to the finals. Eighteen schools were represented, with two charter schools – the ASK Academy and the Sandoval County of Bilingual Education (SABE) sending students to the bee for the first time. The other competing schools include Rio Rancho’s ten elementary schools, four middle schools, the middle school grades at the Rio Rancho Cyber Academy, and St. Thomas Aquinas School.

A spell-off determined the bee’s 2nd and 3rd place finishers. Martin correctly spelled “syllabus” to capture second, and Butler aced “rutabaga” to take 3rd place. Rodriguez and Martin earn the right to represent Rio Rancho in the New Mexico State Spelling Bee in March; Butler will be the alternate in case Rodriguez or Martin cannot compete. 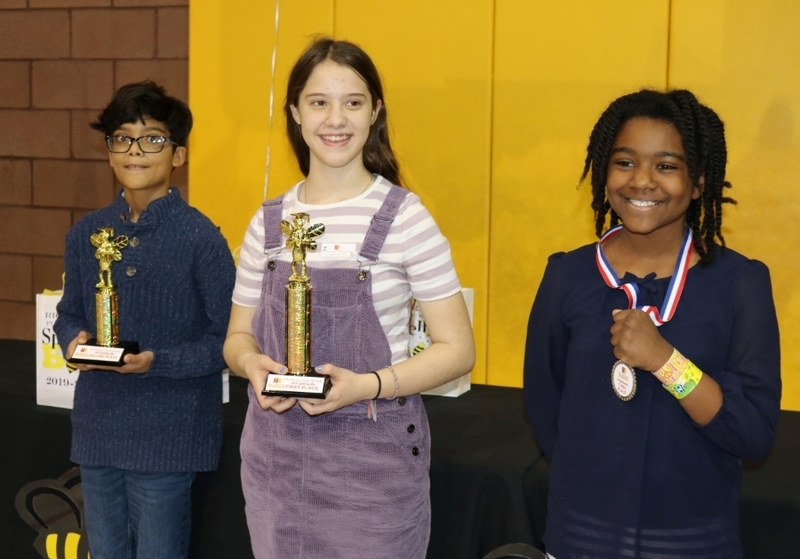