How’s this for an addition to a long list of awards and recognitions:  Hall of Famer! 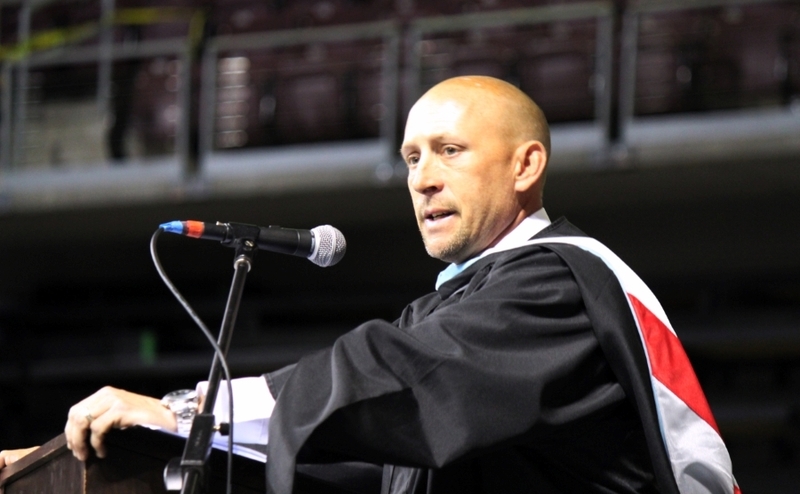 A UNM graduate (Bachelor and Masters) and collegiate athlete in track and wrestling, Affentranger began his teaching career at Washington Middle School in Albuquerque and as a wrestling coach and teacher at Sandia High School.  He then became an administrator in the Moriarty-Edgewood school district before being lured to Rio Rancho as an assistant principal at the then-new Rio Rancho High School.  Affentranger then went on to open the former Rio Rancho Mid-High School (2002), where he served as principal until being tasked in 2007 with planning and opening Cleveland High.  He is Cleveland’s founding and still only principal.

Affentranger is a firm believer that athletics, extracurricular, and academic excellence go hand-in-hand, and is determined to build outstanding programs in all three.  Cleveland won its first state championship (in bowling) just ten months after the school opened, and Affentranger has been on the sidelines and in the stands for almost all of them.  The school now owns 36 state team championships, and has been twice been named one of the top sports high schools in the nation by MaxPreps.  CHS also boasts a formidable academic reputation, having sent students to the Intel International Science and Engineering Fair as well as competing successfully in CyberPatriot (cyber defense), JROTC, and other disciplines.